Mr. C.Y. Lee. has the distinction of being the first Chinese American novelist. He is the author of a dozen novels and many short stories, and some of them have appeared in the New Yorker. His most famous novel, the Flower Drum Song, which was a New York Times bestseller. What makes his achievement all the more remarkable is the fact that the Flower Drum Song (1957), was adopted by Rogers and Hammerstein for Broadway. Because of this, Mr. Lee became the first Asian American on Broadway. Rogers and Hammerstein’s original Broadway production was also the first Broadway show to feature Asian American players. In 1961, the Flower Drum Song was made into a film. The film version of Flower Drum Song also inaugurated the careers of the first generation of Asian American actors, including Nancy Kwan, James Shigeta, and Jack Soo. Mr. Lee’s Flower Drum Song was adapted again in 2001, this time by David Henry Hwang. After an initial run at the Mark Taper Forum in Los Angeles, it went to Broadway again. Time magazine called it “Amazing” and the best production in 2002. Mr. Lee became the only Asian American to have gone to Broadway twice. Mr. C.Y. Lee & Chor-Swang Ngin have known each other for over 20 years. Mr. Lee has also generously supported Cal State Los Angeles via monetary donations to support writing contests. The international contest went on to launch the careers of a number Asian American writers. Mr. C.Y. Lee & Chor-Swang Ngin together have written this play “The Houseguest from Xinjiang” about the experience of a Hui Muslim Woman from Xinjiang, in Multicultural Los Angeles.

Juli Kang’s short film Damn the Past! received the Director’s Guild of America Student Directing Award, the UCLA Directors Spotlight Award, and won best short film at the DC Asian Pacific American Film Festival, Special Jury award at the San Diego Asian Film Festival, and best short film at Dead Center Film Festival and has played internationally. Her short films Princess Fever and The Liberation of Everyday Life have also played at various festivals. She was a Film Independent Project Involve fellow and attended the Berlinale Talent Campus. She has worked in the Feature Film Program at Sundance Institute and in the Watase Media Center of the Japanese American National Museum. She majored in History with a concentration in European Imperialism in the Third World at Wesleyan University in Connecticut and administered community arts projects with immigrant and refugee youth at Asian Americans United in Philadelphia. She received her MFA in Production / Directing from UCLA School of Theater, Film and Television.

Kamran Afary is an Assistant Professor of Intersectional Identities and Relationships and a recipient of the 2016 Outstanding Lecturer Award at Cal State LA. He is the author of Performance and Activism: Grassroots Discourse after the Los Angeles Rebellion of 1992 (Lexington Books 2009). He is a member of the Diversity Committee in the North American Drama Therapy Association and has worked extensively with Middle Eastern and South Asian immigrants. He is currently working collaboratively on a book manuscript about the diaspora journeys of Iranian-Americans. Afary received his PhD in Performance Studies from Northwestern University in 2007. 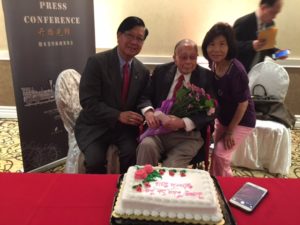 Cici Lau is thrilled to play the role of the “Professor” in this educational dramedy. Several years ago, Cici played the “Mama” in C.Y. Lee’s “Mama from China” at Secret Rose Theatre and ran four weeks. She was in two different productions of “The Joy Luck Club”, and the one at the East West Players ran for nine weeks.
Her upcoming movies are “The Jade Pendent” and “Mid 90’s”. Some of her credits are “Ryan Hanson Solves Crimes”, “Criminal Minds: Beyond Borders”, “The League”, “Fear the Walking Dead”, and “Brooklyn Nine Nine”. Cici won the Best Actress Award for two short films: “Metamorphosis” at Asians On Film Festival, and “My Spicy Grandma” at Depth of Field Film Festival Competition. Cici has appeared in numerous national TV commercials such as “Apple Music”, “Jack in the Box” , “McDonald’s”, “Southwest Airlines”, “Barclay’s Investment”, “Kleenex”, “State Farms”, “Emerald Nuts”, and is also a Youtube sensation with the Fung’s Brothers as their mom with clicks reaching 4 million viewers.
http://bit.ly/Cici-Lau
http://imdb.to/2rv85iD

Rachel Duffy is a senior at Cal State LA majoring in political science. It’s her first time acting in a college production. She enjoys studying philosophy, watching movies, and making things out of clay.

Wilson Wong has performed several readings with the New Short Fiction Series held monthly at the Federal Bar in North Hollywood. He was the male lead in Bahala Na, a play sponsored by the San Gabriel Valley Lions Club. He has also done 3 episode shorts for “Funny or Die” with The Motion Picture & Television Fund (MPTF).

George Nelson: Dr. Kevin Baaske grew up in Wisconsin and has been at Cal State LA a long, long time. He’s excited to be in The Houseguest from Xinjiang. It’s his first acting experience since high school and that was more than a few years ago.

Dean, Jose Medina: Jeffrey Naylor is a senior at California State University Los Angeles majoring in communication studies. He loves motorcycles and is originally from Alaska where he worked as a DJ at the KHNS public radio for over a decade.

Shravan Avyukta grew up in India and moved to US in 2017. He’s a graduate student in Electrical Engineering at Cal state LA. He has also been an actor on a few projects with the TFA departments of Cal State LA. He is pursuing his career as a Model / Actor in Los Angeles. He loves to spend time at the Gym while learning boxing.

Andres Ocon is an undergraduate studying Applied Anthropology. He also has background in film studies and is passionate about photography and film-making.

Christy YIP, graduated from University of California, Irvine major in Economics and minor in Dance.  Christy began dance when she was 5 years old, with training at the Beijing Academic Dance for many years. After moving to United States, she was one of the principle dancers in Bliss Dance Company in San Francisco.  Now she is based in Southern California and dancing in “Qi” Dance.

As a student, Annie Wu helped start the Pan-Asian Dance Troupe at the University of Pennsylvania, and later she was heavily involved in Traditional Chinese Dance (TCDance) at USC, where she started learning classical and folk Chinese dance. She joined DreamDance II in 2011 for a few years, and continued with Qi in 2014.

Audio / Sound Production: Jimi Yamagishi, born and raised in East Los Angeles, is the director of the Los Angeles Song Writer’s Network (Songnet), connecting the industry and community for nearly two decades. A skilled producer, engineer, and songwriter, he has written several new  pieces for this show.